Early morning, at 05:00 Am we will pick you up from your hotel in Makadi by a private A.C. Car to be transferred to  Luxor  for overnight trip to  Luxor  from Makadi, It takes 3,30 hours driving,280 K.m Upon arrival you will meet your private tour guide who will join you to visit: Karnak

. It is the largest temple complex ever built by man, and represents the combined achievement of many generations of ancient builders and pharoahs. The Temple of Karnak

is actually three main temples, smaller enclosed temples, and several outer temples situated on 247 acres of land.
Valley of the Kings :
The final resting place of Egypt's rulers from the 18th to 20th dynasty, it is home to tombs including the great pharaoh Ramses II and boy pharaoh Tutankhamen.
he tombs were well stocked with all the material goods a ruler might need in the next world. Most of the decoration inside the tombs still well preserved.
Hatshepsut Temple:
It is one of the most beautiful & best preserved of all of the temples of Ancient Egypt. The temple was built on three levels with two wide ramps in a central position joining the levels together.
Colossi of Memnon:
Two massive stone statues of king Amenhotep III are the only remains of a complete mortuary temple.
The statues are made from blocks of quartzite sandstone which exist in Cairo then moved 700 KM to  Luxor
Have your lunch on a Nile View restaurant before we drive you back to your hotel in Makadi.
Overnight at 3 stars Hotel.(you have the flexibility to change 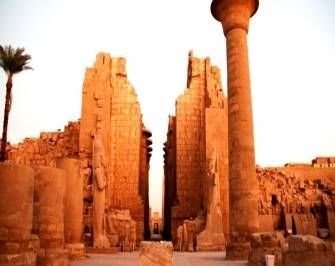 Breakfast at your hotel then you will be accompanied by your private tour guide and a private air-conditioned vehicle to visit:
Drive to Abydos temple.
Abydos temple

Considered one of the most important archaeological sites of Ancient Egypt, the sacred city of Abydos was the site of many ancient temples, including Umm el-Qa'ab, a royal necropolis where early pharaohs were entombed. These tombs began to be seen as extremely significant burials and in later times it became desirable to be buried in the area, leading to the growth of the town's importance as a cult site.

Today, Abydos is notable for the memorial temple of Seti I, which contains an inscription from the nineteenth dynasty known to the modern world as the Abydos King List. It is a chronological list showing cartouches of most dynastic pharaohs of Egypt from Menes until Ramesses I, Seti's father. The Great Temple and most of the ancient town are buried under the modern buildings to the north of the Seti temple. Many of the original structures and the artifacts within them are considered irretrievable and lost; many may have been destroyed by the new construction.

Abyos temple Located about 2.5 hours by car north of Luxor , Abydos was one of the most important religious sites to ancient Egyptians. Much like modern Muslims hope to complete a pilgrimage to Mecca at least once in their lifetime, ancient Egyptians would have hopes to visit Abydos, which for them was strongly associated with the entrance into the afterlife.

Although there were several temples constructed here, the largest and most significant is known as the Temple of Seti I. Seti I was the father of the great Ramesses II, who actually completed the construction of most of the temple after his father’s death.
Coming to power only 30 years after the upheaval associated with Akhenaten’s heretical rule, known as the Amarna Period, Seti I was concerned with reestablishing faith in the pantheon of Pre-Amarna gods that Akhenaten had sought to destroy.As a result, the temple he built contains small chapels dedicated to each of the major gods: Ptah, Re-Harakhte, Amun-Re, Osiris, Isis, Horus, and also one to Seti himself.Much of the temple complex is no longer present, including the pylon and the first two courtyards so visitors to enter through a doorway into the hypostyle hall. Many of the wall reliefs inside are well preserved and the reliefs toward the back of the temple, completed during Seti’s reign, are considered to be among the finest in any temple throughout Egypt.Since Abydos is more difficult to reach than many sites, it is not very heavily visited. Occasionally tour buses come from the beach resorts or with loads of cruise ship passengers from the Red Sea, but it you time your visit well, you might find yourself with the temple complex to yourself.

Then Drive to Dendera temple

The Temple of Hathor was largely constructed during the Late Ptolemaic period, specifically during the reign of Ptolemy XII and Cleopatra VII. Later additions were made during the Roman period. Although built by a dynasty of rulers who were not native Egyptians themselves, the design of this temple has been found to be in accordance to that of other classical Egyptian temples, with the exception of the front of the hypostyle hall, which, according to an inscription above the entrance, was constructed by the Emperor Tiberius.

Apart from these, there are also scenes in the temple complex portraying the Ptolemaic rulers. For example, carved onto the external face of one of the temple walls is a huge relief of Cleopatra VII and her son by Julius Caesar and co-ruler, Ptolemy XV (better known as Caesarion). The two Ptolemaic rulers are shown dressed in Egyptian garb, and offering sacrifices.

Hathor was also regarded as a goddess of healing, and this is evident in the presence of a sanatorium in the temple complex. Here, pilgrims would come to be cured by the goddess. Sacred water (which was made holy by having it poured onto statues inscribed with sacred texts) was used for bathing, unguents were dispensed by the priests of Hathor, and sleeping quarters were provided for those hoping that the goddess would appear in their dreams, and so aid them. 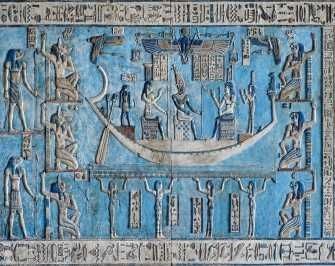 Starting From 200 $
* Family And Group Have a Special price
Free cancellation up to 24 hours before activity starts
Duration:
2 Days
type:
Private
Run:
Every day
Pick Up:
05:00
Book Now
Download PDF 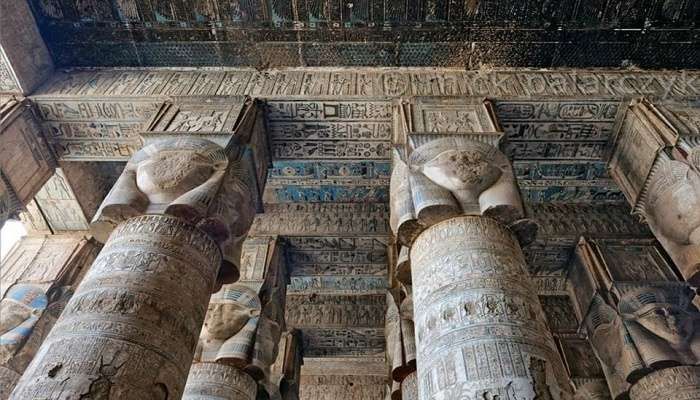 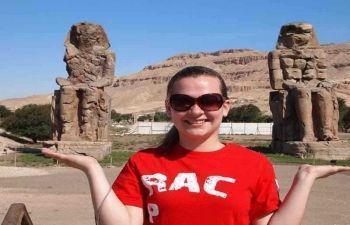 Enjoy a private two days trip to Luxor from Makadi where you will visit Luxor temple, Karnak temple, Valley of the Kings, Hatshepsut temple, Colossi of Memnon with Our overnight trip tour to Luxor from Makadi, you get more time to discover the Capital of Egypt. 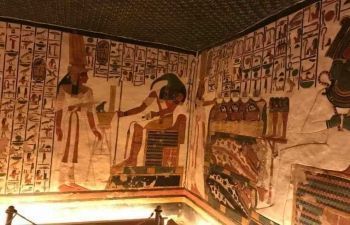 Have you Visited Luxor and would you like to Discover More about Luxor, Enjoy a private 2-days tour to Luxor from Makadi where you will visit Madinet Habu Temple, The Ramseum temple, Deir El Madina and the valley of the Queens then check in your hotel 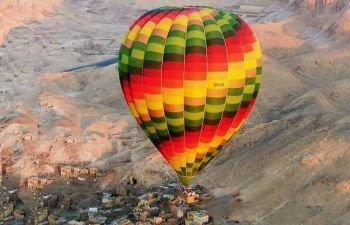 Enjoy two days trip from Makadi to Luxor with hotair balloon Hot air balloon ride in Luxor is best things to do in Luxor in general, where you enjoy an hour flying over one, Visit the kings valley, Queen Hatshepsut temple and Karnak 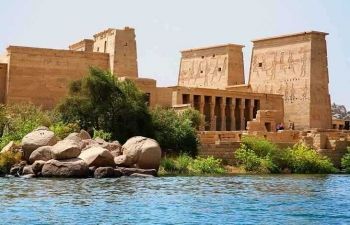 Enjoy two days tour to Luxor, Aswan and Abu Simbel from Makadi or Port Ghalib by Private vehicle and tour guide, Visit the highlights of Egypt, The Valley of the Kings, Karnak, Queen Hatshepsut temple 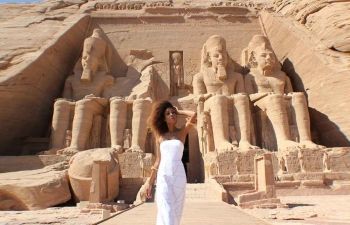 Enjoy Three days tour to Luxor, Aswan and Abu Simbel from Makadi by Private vehicle and tour guide, Visit the highlights of Egypt, The Valley of the Kings, Karnak, Queen Hatshepsut temple, The colossi of Memnon, The temple of Phiala and Abu Simbel 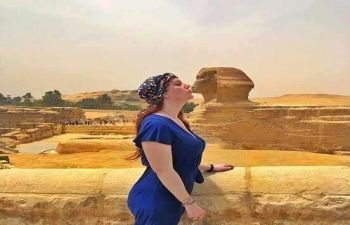 Two days tour to Cairo and Luxor from Makadi, would you like to visit the great pyramids, explore luxor, the valley of the kings, Queen Hatshepsut temple and Karnak temple 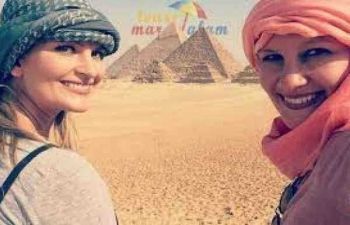 Two days excursion to Cairo from Makadi or Port Ghalib. Enjoy Cairo highlights. On the First day, You will visit the Giza pyramids, the step pyramid, the Egyptian museum, overnight in El Meridien 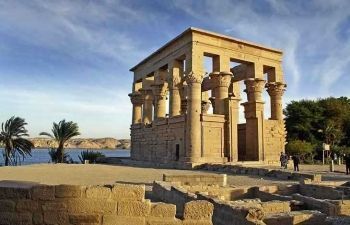 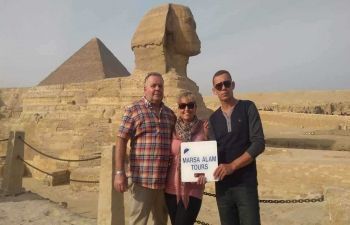 Cairo Three days tour from Makadi, Visit Cairo highlights. You will visit the Giza pyramids, the Egyptian museum, the citadel, The old Cairo, The Coptic Church, and the market then catch your flight back, Overnight in Le Meridien Pyramids two Night. 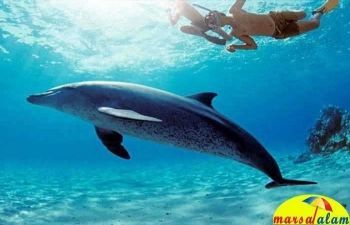 snorkeling trip to the dolphin house from Makadi

Swim and snorkel with dolphins in their natural environment on a 6-hour tour from Makadi. Visit the renowned Dolphin House, home to a large number of playful aquatic animalS 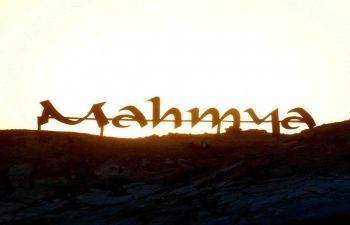 Enjoy an exciting day, Mahmya Island Snorkeling trip from Makadi, Enjoy the beautiful beach and snorkeling on beautiful reefs on an island an hour Relax on the beach in the sunshine or discover the unique variety of fish along the coast. 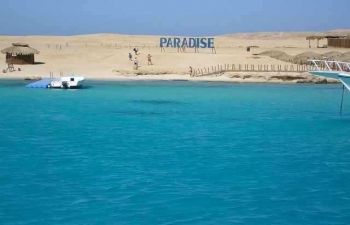 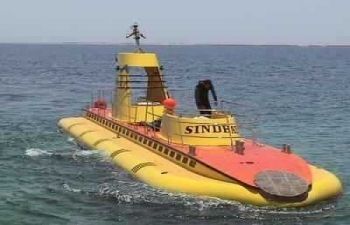 Enjoy an exciting day, Sindbad Submarine trip in Makadi, discover an amazing Underwater tour, watch the amazing under Water world of colored coral reefs, and different kinds of fish in the depths of the Red Sea. 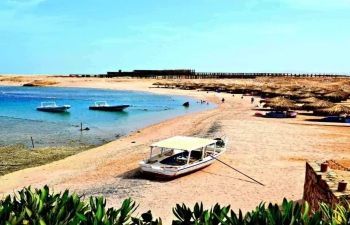 Enjoy an exciting day, Head to the crystal-clear waters and sandy beaches of Sharm El Naga Bay on a day trip from Makadi. Snorkel along the Red Sea’s coral reefs. Enjoy water sports and games on the beach. 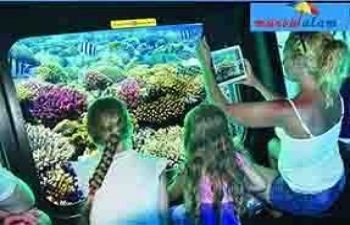 Semi Submarine trip Makadi Egypt Red Sea, see the underwater life of the Red Sea without getting wet!. Join us for a fantastic Seascape submarine Makadi excursions and clearly see, See most famous corals, fish, and others marine life